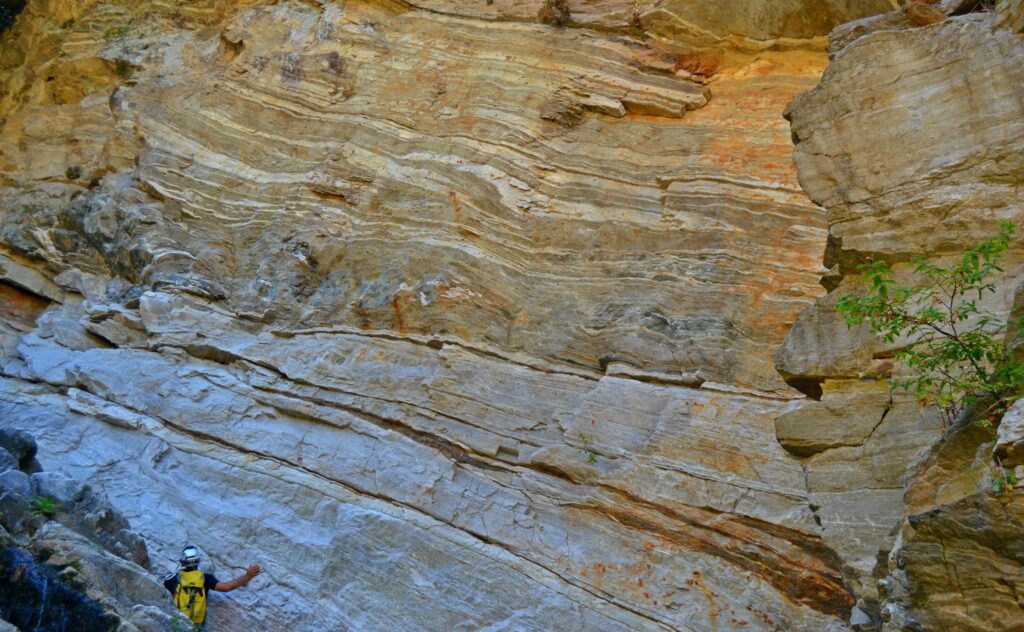 The geology of the Aspromonte Geopark, as well as the geology of the entire surrounding area, is truly extraordinary and unique in the European panorama. A thousand peculiarities deriving from a diversity of rocks, shapes and processes which went on for entire eras or a few million years, in short a real testimony which begins with the Paleozoic or Primary Era with its crystalline metamorphic rocks, passing through the Mesozoic Era with its limestones to continue in the Tertiary Era with its sedimentary rocks. In Aspromonte we can perfectly recognize all the passages and observe and touch different types of rocks, from the most superficial to the deepest ones, all generated by such immense tectonic forces as to fracture the earth’s crust by folding, breaking, destroying and creating new rocks, the metamorphic ones which are the result of the extremely high pressures and temperatures the pre-existing rocks or protoliths were exposed. The Aspromonte mountain massif, in addition to preserving evidence of great phenomena of changes and displacements in our planet, is still a witness to movements due to important aligned cracks, namely faults which cause its continuous elevation, still profoundly affecting the local culture today.

The Geological map presents a chock full and complete palette of

A Park to be known